Compassionate capitalism and the LGBT community

Compassion is empathy for others. Capitalism, according to The Oxford Dictionary, is “an economic system in which a country’s businesses and industry are controlled and run for profit by private owners rather than by the government.”

Compassionate capitalism, according to The Management Study Guide, “means that corporations have to account for the costs that they impose on the environment, the communities that lie in the vicinity of their factories and plants as well as offices, their employees whom they have to treat with more kindness, and the consumers and other stakeholders to whom they must be accountable.”

To be true, as Gretchen Fox wrote on Forbes.com, “Men, women, companies and our education system have all perpetuated [a] version of heartless, soulless capitalism since the Industrial Revolution. Not only does it not have to be this way, it frankly cannot continue this way.”

Before writing The Wealth of Nations, the father of capitalism, Adam Smith, wrote The Theory of Moral Sentiment. Smith’s pursuit in this lesser-known, previously published book as “enlightened self-interest.” As Blain Bartlett shared in a January 2021 TEDx Talk, “Smith ends The Theory of Moral Sentiment by defining the character of his truly virtuous person as being someone who’s mindful of taking actions in their own self-interest, while at the same time considering the impact of those actions on the interests of a larger whole to which they felt connected.”

This is why compassionate capitalism is the antidote for today’s unsustainable “profit at all costs” business model.

Companies need to ditch the “profit at all costs” business model. It’s hurting people. It’s hurting the planet and it’s hurting business. For successful examples of compassionate capitalism, you only need to look to Nordic countries such as Sweden, Finland, Norway and Denmark.

More acutely, an example of compassionate capitalism as it relates to wage equality is in 2015 when Gravity Payments’ CEO, Dan Price, cut his $1 million salary by 90% to raise his employees’ salaries to a minimum of $70,000 a year. Price recently shared on Twitter that since this bold and weirdly controversial move, Gravity Payments’ revenue has tripled and the number of employees who own a home increased 10 times.

An example of compassionate capitalism as it relates to the environment is how Subaru, an automobile company, has made protecting the environment a cornerstone of its corporate values. Subaru has long been known for authentically marketing too and supporting the LGBTQ community, especially the lesbian community. In fact, in 2004, the Subaru manufacturing plant in Lafayette IA became the first U.S. manufacturing facility to reach zero-landfill status. Continuing its efforts to “Leave No Trace Center for Outdoor Ethics,” Subaru Traveling Trainers have traveled the lower 48 states over the last 10 years teaching over eight million Subaru enthusiasts how to minimize their impact in natural areas.

Another example of compassionate capitalism that promotes the family is Netflix’s 52-week parental leave policy that benefits both women and men and is available to parents of newborns and newly adopted children. The most recent indications are that not everyone’s taking advantage of the full 52-weeks and men are less likely to use all of them than women. But it’s a start and it’s needed, and it’s needed now.

Hershey believed that his employees were his best asset and, therefore, treated them equitably because he felt his employees would reciprocate and do better work for his company. He created the town of Hershey with schools; a shopping center, theme park and more to ensure his employees had the best work-life balance possible, and he was right. Hershey went on to use the wealth that he acquired both from treating his employees well and having the best chocolate to found The Milton Hershey School for Boys, a home and school for orphaned boys. That’s since been expanded to include both boys and girls.

Why now is the time to pursue compassionate capitalism

It’s worth noting this change correlates with Millennials entering the workforce and Millennials working their way up the corporate ladder. Gallup reported in its 2019 ‘How Millennials Want to Work and Live’ research that “millennials don’t just work for a paycheck – they want a purpose.”

Defining exactly what purpose means to Millennials is somewhat vague, but Cone Communications’ ‘2016 Cone Communications Millennial Employee Engagement Study’ offers insight. It found that “three-quarters of Millennials would take a pay cut to work for a socially responsible company.” Therefore, in its 2019 ‘Millennials in the Workforce: How Technology Shaped Them (and What to Do about It)” article, Fond Technologies suggests “the highest-level purpose millennials seek has to do with contributing to something larger than themselves via their careers.”

Business leaders and managers would be wise to remember this, especially as Pew Research Center reported from U.S. Census Bureau data in 2018 that Millennials make up the largest part of the workforce by 35%, and now is as good a time as any.

In a post-COVID-19 world, workers are rethinking their work-life balance. A June 2021 Microsoft World Economic Forum Survey found that over 40% of employees are thinking of quitting their jobs. The 20-year record level quits rate suggests that these aren’t empty threats.

The leading reason for this threat and willingness to quit “a secure job” is that the pandemic has challenged the balance of work-life balance, and people have formed new values. Companies that don’t put action behind their mission statements of fairness, equity and environmental protection will see more employees bounce.

And the disconnect between words and actions is no more prevalent today than between “capitalism” and the LGBTQ community.

The difference between rainbow capitalism and compassionate capitalism

Rightfully so, there’s a lot of talk in the queer community today about rainbow capitalism.

Rainbow capitalism as defined by The Diversity Dictionary™ by The Other Box is “when companies, organizations and institutions capitalize off Pride month by displaying superficial support for LGBTQIA+ rights.” In other words, rainbow capitalism is when businesses put rainbow logos on their social media profiles in June and don’t support the queer community the rest of the year and, in some cases, harm to the queer community.

Because you can’t look anywhere this June without seeing a rainbow logo or flag outside a business or on its social media profile, the LGBT community is asking questions.

If you support us so much, why are so few of us sitting on your boards and in your C- and E-suites?
Where’s the love, i.e., good-paying jobs, when the Williams Institute of UCLA shows that LGBTQ people are more likely to live in poverty than the general population?
How can you so publicly celebrate Pride month when you’re quietly donating to politicians actively fighting against us?

There’s a disconnect and everyone sees it.

We’re old enough to remember when Pride was underground, a celebratory protest. When companies first showed representation at Pride it was a unique and affirming experience. The LGBT people who worked for those companies were especially proud and studies would suggest that they were especially productive as a result.

It was a bold move by these companies that first showed up to Pride because backlash by the general public and threats of boycotts were greater than they are today.

To attract and retain the best talent, companies led politicians by offering healthcare benefits to same-sex and domestic partners. There were over 200 companies that signed the amicus brief to overturn the Defense of Marriage Act (DOMA).

It was mostly corporations’ responses to North Carolina’s 2017 ‘Bathroom Bill’ that risked the state losing up to $3.76 billion. As a result, the bill was later weakened though progress is still needed. 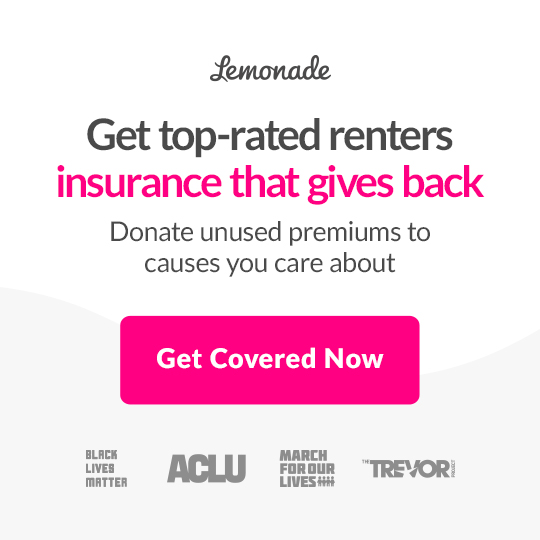 Finally, while Amazon is being taken to task for celebrating Pride this year after also donating to politicians who voted last February against the Equality Act, we shouldn’t forget that in picking its location for its HQ2, it included in its request for proposal a community that “includes the presence and support of a diverse population.”

So, how can compassionate capitalism help the LGBT community?

How compassionate capitalism can help the people of the rainbow

1. Be authentically inclusive of LGBT people in marketing.

Let’s be clear, businesses are in the business of making money. If a business doesn’t make money, it doesn’t stay in business. Businesses generate a lot of business through marketing, and that’s how businesses can show up for LGBT people.

Studies show that the LGBT community responds positively to marketing that authentically engages us. This means including us in a positive way in its marketing, advertising and collateral year-round. Yes, please celebrate Pride, but please also show same-sex couples in holiday ads in November and December.

Have trans and non-binary people displayed on office brochures in April. The whole ad doesn’t even have to be about us. Just be as intentional about including us as you would any other demographic.

2. Support LGBT by supporting us in politics.

It may be advantageous to donate to both parties and politicians on both sides of the aisle, but the LGBT community no longer buys it when companies make secret backroom deals that hurt us and then want a place in our parade.

It’s this waffling that makes the “arch of the moral universe” so long, and we’re losing patience.

3. Include LGBT people in pursuits of a higher purpose.

In part because Millennials expect to work for socially responsible employers and to work towards something larger than themselves in their careers, companies are getting creative with how they give back to local and broader communities.

One creative way that we love is how Lemonade gives back by letting its customers donate any unused premiums to their charity of choice.

Good news, too! Lemonade will be offering car insurance in the near future.

Unlike most insurance companies, Lemonade takes a flat fee to run its business, pays its employees and offers its services at great prices instantly and then gives what’s left to the charities you choose.

Donations (totaling over $1 million in 2020) have gone to amazing organizations such as Citymeals on Wheels, Code to Inspire, March for our Lives and, one of our partners, The Trevor Project.

So, when you get a policy with Lemonade, you also pick a charity of your choice. Then, annually, Lemonade totals all the unclaimed money and gives that money to non-profits chosen by you.

That’s compassionate capitalism and a compassionate business we can support because it’s supporting a purpose higher than itself.

To learn more about Lemonade and why we continue to partner with them, visit Lemonade here.

Note: This article contains affiliate links, meaning we’ll receive payment at no cost to you if you buy through these links. We only recommend products we use or thoroughly vet and would recommend to our moms. Buying too many of these is how you live fabulously broke. To live fabulously with financial security, start here.

One response to “How Compassionate Capitalism Helps LGBT Folks”