Thank Judy Garland, never in U.S. history has there been a better time to be gay. Being gay has always been fabulous. Now it’s fabulous three times over to be gay, like The Pointer Sisters. We still have challenges to overcome and progress to make, but this post is about what’s good.

To Be Gay with Marriage Equality Brings Financial Security

With the U.S. Supreme Court June 26, 2015, Obergefell decision, gays, and lesbians are now more equal than ever. Sure, Justice Scalia has his panties in a wad. That’s homeostasis for the cloaked dragon. Marriage equality brings numerous financial benefits. To be sure, it also brings financial concerns. As always, talk with a CPA about tax implications. Good luck contacting a CPA before April 15th!

We can share in other property and asset transfers more easily than in Monopoly, as all assets become jointly owned upon the “I dos.” We can enjoy the spousal discounts for life and health insurance previously unavailable to us.

All of these and more improve financial security. To further improve your financial security and our voice as a queer community, become a gay blogger. It’s never been easier or cheaper than with our step-by-step guide that will walk you through creating your own gay blog in one-hour.

Military Equality To Be Gay Makes a Powerful Statement

Don’t Ask Don’t Tell is as dead as The Wicked Witch. No longer must brave gays and lesbians serving our country hide their sexual orientation to be gay in the hurt locker while risking their lives to protect ours.

The Department of Defense (DoD) was to The Pentagon as Hillary Clinton was to President Obama. With the striking down of DOMA in 2013, the DoD extended spousal and veteran benefits gays and lesbians earned.

Same-sex employees can cover their unemployed spouses or employed spouses without healthcare coverage traditionally only offered by the Ambiguously Gay Super Heroes. A significant medical expense could traditionally put a same-sex couple in dire straits. This brings us to the next winning party; employee’s spouses.

The same-sex spouse who stays at home with the kids or who doesn’t have healthcare coverage from their employer can sleep better, especially because Ambien is cheaper, with their same-sex spouse’s healthcare plan.

Sure, the nuances of domestic partnership healthcare coverage is still being ironed out, but positive!

As enjoyably detailed in The Celluloid Closet, gay movie and TV characters have historically been portrayed as either the evil villain or the light-in-his-loafers jokester. Since the 90s and especially today, the diversity and authenticity of LGBT characters show that we’re not all blood-thirsty, well-dressed ballerinas. We’re as diverse, honest and dance floor challenged as our straight peers. The evolution of these characters has done more to help fight for equality to be gay than any other medium, thus Jerry Falwell’s “gay agenda” accusations.

With the acceptance of gays and lesbians and with marriage equality, gay sex isn’t as taboo as it once was. Lesbians on South Park “scissor” and straight couples on New Girl joke about “tossed salads”. The hypocrisy of straight men obsessed with driving the Hershey Highway with their lady-friends or watching two girls then claiming disgust with the thought of two men traveling the same road is laughable and more dismissible than ever. This lets gays and lesbians be more open and honest about their sexuality, which as our straight peers demanded in the 60s, is liberating.

This is just a summary of why it’s never been better to be gay in the U.S. of A. All in all, we have more stability and authenticity than ever and that is a good thing, Martha Stewart.

Make things better for you and our community by starting your queer blog today!

More Great Gay Reads for You: 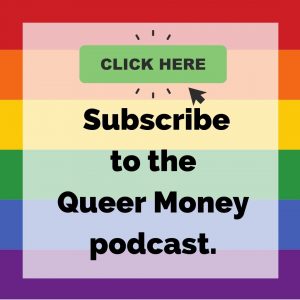