‘Certain blocks [in Harlem], you may wanna watch that twist… But the truth is, I don’t have to un-code anymore. We know there’s still hate out and about and all around, but I don’t feel that fear anymore.’ Today’s guest; Patrick L Riley, is prepared to get you out of that shame spiral and help you see life through a lens of possibilities and positivity, sharing his journey as a successful gay black man in the public eye.

Patrick L. Riley is an independent personality and writer in the New York City area. He made his name as a field producer for Oprah from 1998 through 2012, and he continues to do freelance assignments for OWN, as well as independent projects in the areas of pop culture, entertainment, and human interest. Patrick learned the fundamentals of working both sides of the camera while studying mass communication at Morehouse College and worked in local media outlets before moving to the national stage. He has had the opportunity to produce stories on a number of American icons, including Diana Ross, President LBill Clinton, Beyoncé, Mary Tyler Moore, and Master P.

How Patrick got involved in field producing

How Patrick came out ‘in layers’

The challenges Patrick faced as a successful gay black man

Patrick’s advice for the LGBTQ community in America today

Patrick’s guidance around avoiding the mistakes he made early on

What Patrick ‘got right’ (contributors to his success)

Patrick’s blog, A Day ‘In the Life of Riley’ 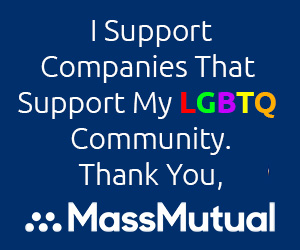