We’re David and John, husbands living our fabulous life. We help other gay men like you who also want to live an amazing life without sacrificing your financial security. With this website, our Queer Money™ podcast, tools and resources, we help you live fabulously, not fabulously broke.

If all this talk of money makes you feel...

FEARFUL OF CHECKING YOUR CREDIT SCORE 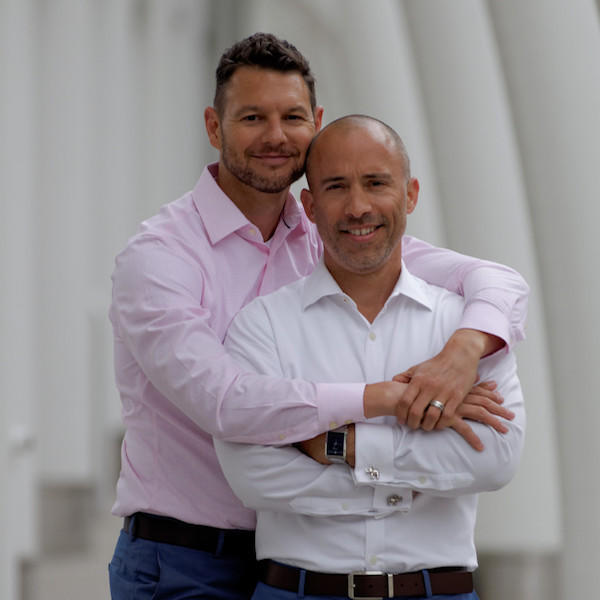 Because we felt exactly the same.

What does living fabulously mean?

Living fabulously means having the lifestyle that gives you true, personal satisfaction:

Having a rewarding and fulfilling career

Having the car of your dreams

Having time to meditate, journal, exercise and read daily

We totally get that you...

And, you know we’ve been there because...

We were sitting on the dining room floor or our cold, dark basement apartment wondering why we weren’t as successful as we wanted. We just admitted that between us we had $51,000 of credit card debt. We were living naively and unconsciously and doing it all on credit.

How could we have a vacation home when we didn't even own a home?

We realized that for the past few years, we were spending beyond our means to make ourselves feel better, in part, to make up for being bullied and picked on for being gay when we were younger.

Then, that night sitting on the floor of that gloomy apartment, we hit rock bottom. We were two financial services professionals making good money and bad decisions.

We were the gay cliché of living fabulous but being fabulously broke.

Like Britney after she shaved her head and Neil Patrick post-Doogie, we completely changed our lives and our finances for our big comeback. We now use our personal and professional experiences with money to help other gay men do the same.

Start truly living fabulously with the first exercise we did to get out of debt.

When we’re not writing for this blog, we write for Forbes, Yahoo Finance, Huffington Post, Motley Fool and others. We’ve, also, been featured on US News & World Report, MarketWatch, NASDAQ.com, Christian Science Monitor and elsewhere.

Most importantly, find us here and on our Queer Money™ podcast.