Wouldn’t it be nice if you could design a career that fit your interests no matter how diverse? What if you could build a business around your passions, even if those passions are as disparate as Dungeons & Dragons and Drag Queens? What if I told you that you could choose your own adventure and make a living—at the intersection of the things you love? Matt Baume has done just that. Let’s find out how.

Matt ‘makes stuff for the internet’ based on his interests in gaming, literature, movies, music and the LGBTQ community. As a writer, Matt Baume has had work appear regularly in publications such as Rolling Stone, Vice Magazine and NPR. He is also the host of two popular podcasts, Queens of Adventure and The Sewers of Paris. Matt has delivered presentations at South by Southwest, Gaymer X and The Los Angeles Gay and Lesbian Journalists Association, among many other venues, and he is the author of Defining Marriage: Voices from a Forty-Year Labor of Love.

Today, Matt joins us to share his interest in identifying unexpected connections among very different groups of people. He explains why the LGBTQ community gravitates toward arts and entertainment and offers insight around the current state of queer culture. Matt discusses his take on marriage equality, the challenges of our community moving forward, and the value of ‘adding stripes to the rainbow.’ Listen in for Matt’s advice on getting our message to the geographically isolated and learn how he makes a living doing what he loves!

Using the arts to forge a connection between people is among our superpowers. Matt Baume @MattBaumeClick To Tweet

Matt’s advice around turning your interests into a business

Why the queer community gravitates to the arts

The challenges of the queer community moving forward

Matt’s view of entertainment as an escape

How to get messages of commonality to the geographically isolated

Matt’s insight on representing all colors of the rainbow

Matt’s take on the LGBTQ community and charitable giving 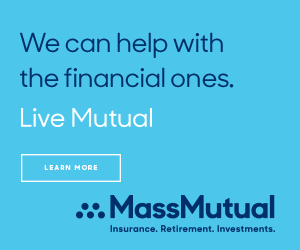