On this Queer Money™, we talk with Betsy Codding. Betsy is the Social Media Manager for MassMutual and was a key player in producing MassMutual’s beautiful and powerful “Vow to Protect” video campaign.

“Vow to Protect” was a big investment and a bold statement of support for the LGBT community and same-sex marriage even for a company that historically supports our community. We’ve  worked for Fortune 500 companies that support LGBT issues cautiously, at best, even while annually ranking on Human Rights Campaigns’ Corporate Equality Index.

Betsy shares the evolution of “Vow to Protect” from getting business leaders on board to public relations preparation to filming.

What Is Vow to Protect?

MassMutual has been a longstanding supporter of the LGBT community. In 2011, MassMutual was a “first responder” signatory of an amicus brief in opposition to the Defense of Marriage Act (DOMA).

In November 2015, MassMutual launched its “Vow to Protect” campaign in support of LGBT families and marriage equality by debuting a series of videos by award-winning documentary director, Stacy Peralta, director of Dogtown and Z-Boys and Crips and Bloods.

Who is Betsy Codding?

After graduating college, Betsy Codding wound up in San Francisco during the first dot com boom. Originally having started her career working in museums, Betsy was pulled into a career in websites and web development. Betsy then got her MBA in Social Media Marketing from Rutgers University and later joined MassMutual in 2014.

How was Vow to Protect Made?

Betsy Codding shares how the conversation for such a bold statement started internally in smaller pockets within MassMutual. She share the process of how it quickly became a company-wide initiative supported from the top down.

While most people were on board, there was a debate of what to say and how to say it. Betsy discusses MassMutual’s communication strategy to ensure all employees, agents and business partners were prepared. This included a proactive plan created by MassMutual’s PR company in case there was public backlash, which nicely . . . surprisingly there wasn’t. 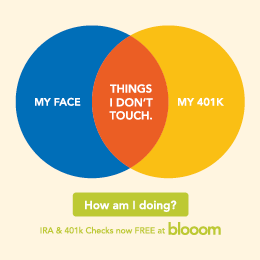